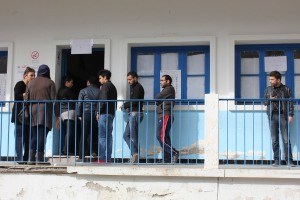 Sunday afternoon, Nov. 23, Serine Limam, 21, purposefully strolled into a polling station in La Goulette, a suburb of Tunisia’s capital. She was resolute in her reasons for voting in Tunisia’s first free presidential elections. “It’s important for youth to vote because it is our future,” she told Al-Monitor.

Many of her friends did not feel the same way. “They think that, no matter what, Tunisia is not going to move forward and that their vote won’t change anything,” Limam said.

In Sunday’s election, Limam was the exception rather than the rule.